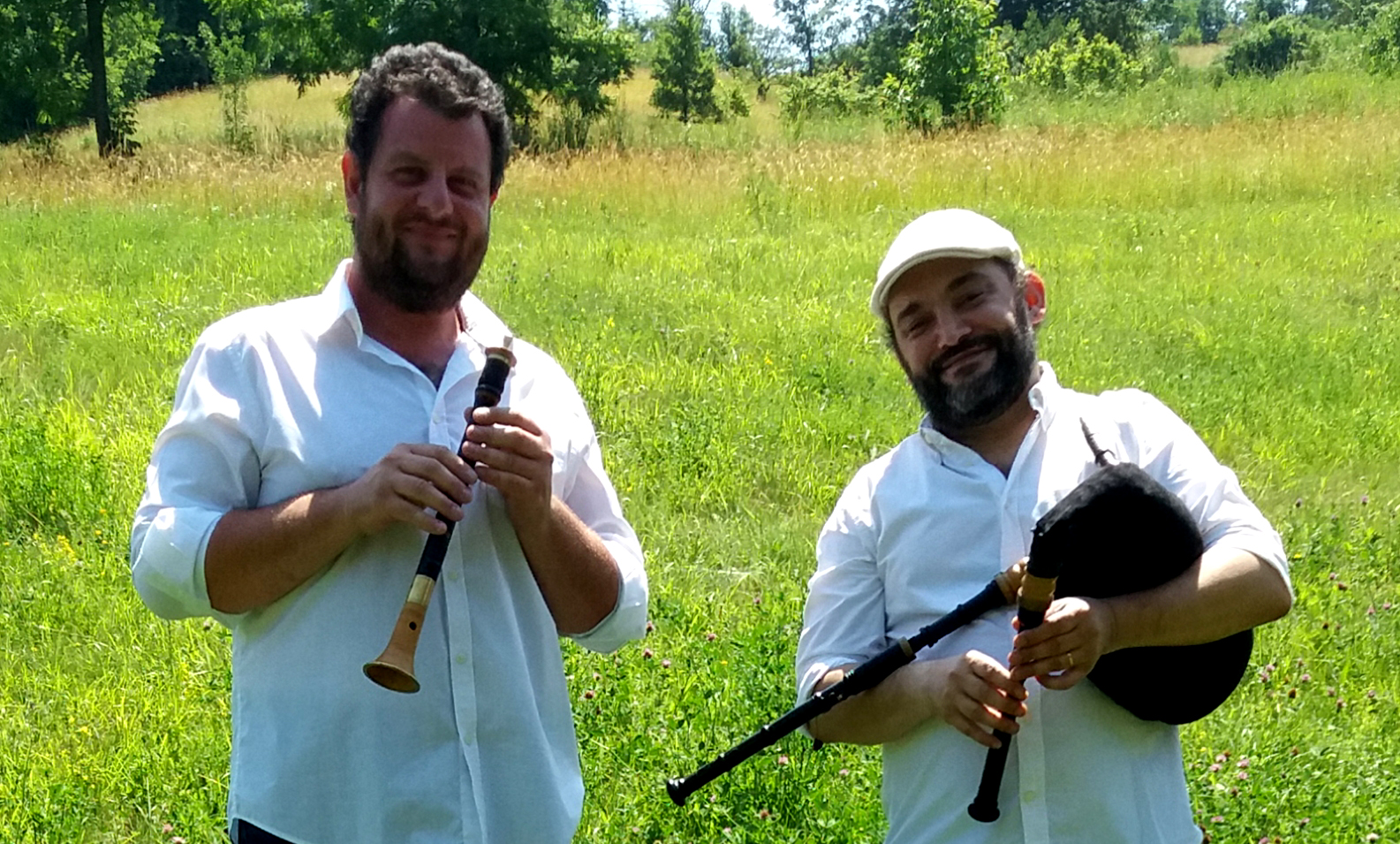 Matapuexi, which in the ancient dialect of D’Aveto valley (Genova) means “crusher peas”, “deadbeat”, is a duo of the Apennines area between Lombardy, Piedmont, Emilia and Liguria, known as “the four provinces”, where still today, is alive the tradition of a musical instrument protagonist of festivals and dance: the Piffero.

This small popular oboe, ancestral instrument of the peasant culture, is today usually accompanied by the accordion; Matapuexi is one of the few formations that has given light and enamel to the old companion of the piffero, the müsa, the bagpipes to a single drone.

The repertoire consists of a series of traditional songs arranged by the duo and the dance repertoire typical of the four provinces: waltzes, polche, mazurkas, Alessandrine, monferrine, jigs and piane.

Fabio Paveto, a well-known pifferaio and Accordionist from Daglio, has been animating the traditional partys and dances of the area in the upper Borbera Valley for years.